Online Craps is a game that offers players a thrilling Online Gaming experience and it is the most popular Online Dice Game in South Africa.

The game is captivating and vibrant and loved by the masses; it is no wonder you will find crowds huddled around Craps Tables in South African Casinos. While the crowded tables in Casinos have their own excitement to offer the players, it can also be a distraction or make the shooters nervous because of the bets placed on a game that is based on their throws. The convenience of playing Craps Online in South Africa will ensure that you can play with ease and always get to throw the dice yourself with only your own bet to stress about. 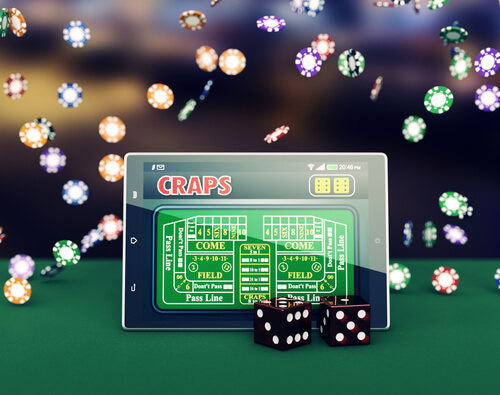 What is Online Craps?

Craps is also known as “rolling dice” and “shooting dice.” In the game, players make bets on the outcome of the dice roll or a sequence of rolls.

Online Craps is the same as the Craps game played in land-based casinos – the only fundamental difference is that there is only one player. So, Online Craps can only be played by a single player (who will also be the shooter) per game. When playing at a South African land-based casino, there will typically be a shooter and several other players betting on the game, although it is possible for the shooter to be the only player at the table. 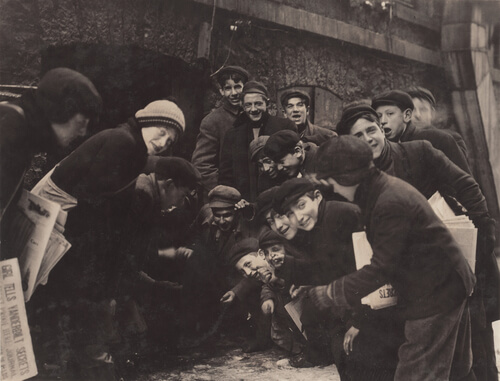 The name of the game is said to have been known as “Crapaud” in the beginning – a French word which means “toad” which was a reference to people crouching over floors or sidewalks when they play the game.

A Craps table has different betting sections which players can base their bets on. 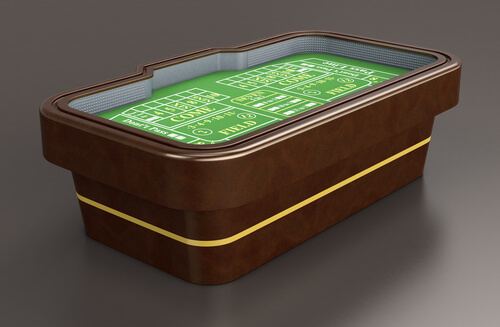 How to play Craps Online

The game is played by throwing a pair of dice on a Craps Table.

Depending on the bet chosen by the player, different numbers on the dice have different outcomes. See Phase 1 & 2 below.

Phase 1: The Come Out Roll Phase

This is the first part of the game. The shooter has the choice of betting on Pass or Don’t Pass (these are both sections on the Craps Table).

In the first throw of the game, the shooter needs to throw a 7 or 11 with the two dice for the Pass bet to win.

If the first throw is 2, 3 or 12, the game is over – the shooter can start a new game (in land-based casinos a new shooter starts a new game). These three numbers (2, 3 and 12) are also referred to as Craps.

If the shooter gets a 4, 5, 6, 8, 9 or 10 on the first throw, they will get an opportunity to throw again – the shooter needs to throw the same number again for the “Pass” bets to win. These numbers are referred to as the Point and this is when phase two of the game commences.

The Process of Playing Craps

For a beginner, playing Craps might seem daunting. However, with some knowledge of the flow of the game, rules, bets and maybe a little practice on a Free Craps Game, the game becomes easier and easier. 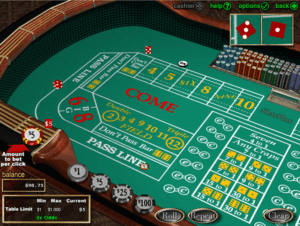 Here is the process a game of Online Craps in South Africa usually follows:

Whether you are a beginner or an avid South African Online Craps Gamer, be sure to thoroughly know and understand all the types of bets in Craps as they form a big part of the rules of the game. Make sure that you know the rules and type of bets offered by your preferred Online Casinos. Here are some types of bets you should keep in mind when rolling that dice: 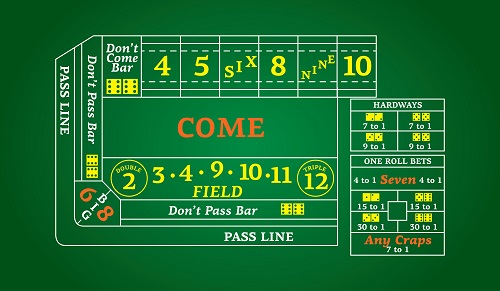 These are bets much like the Pass Line bets, but are placed after the Come Out roll phase. With the Come bet the player is betting that the dice will pass.

These are bets much like the Don’t Pass Line bets, but are placed after the Come Out roll phase. With the Don’t Come bet the player is betting that the dice will not pass.

Players who place a bet on Any Seven, will win if the next roll is a 7.

Players use this bet to put their money on 2, 3 or 12 being rolled next.

1. Do I have to be the shooter to play Online Craps?

Yes, only one player can play Craps online.

2. How does Online Craps differ from Craps in South African land-based casinos?

Online Craps is based on Craps played in land-based casinos – so essentially the game is the same. Some Online Casinos in South Africa might have different rules to the standard Craps Game. Therefore it is important to understand the rules and the type of bets you can place at your preferred Online Casino.

As mentioned above, a fundamental difference is that you have to be the shooter to play Online Craps – meaning that only one player can play per game.

Online Casinos in South Africa and around the world are business, so it would be bad business practice if they rigged games. It would also be illegal to fix games as there are laws and regulations which prohibit Online Casinos to do so.

Players must be wary of where they play online and always opt for the reputable casinos which have strong recommendations from casino review websites.

4. How do I find a good Online Craps table?

As before mentioned, look for reputable sources online which have tried and tested which Online Casinos comply with regulations and offer a safe and fair environment for players. For a good Online Gaming experience, also look at Online Casinos who use the Evolutions Games, Playtech, NetEnt or Microgaming software for their gambling games.

5. Can I play Craps for free online?

Yes. Many Online Casinos will offer South African players this option as a show of good faith. This, however, is not enough to make a decision of whether you will spend money on the website. Free games are great for beginner players of Craps as it offers an opportunity to learn about the game. But even if the player is no stranger to Craps, it will benefit them to see which bets are permitted in that specific casino’s Craps game or if any rules are different to what they are used to.

6. What things will I need to play Craps Online?

You will need your computer, or smartphone to play Online Craps. If you want to spice things up and play for money, you will need a payment method (e.g. Credit card).

The player rolling the dice.

Besides the name of the game, Craps is also used to refer to the numbers 2, 3, and 12 in the game. It is important to remember that when either of these numbers are rolled in the Come Out roll, the game is over.

This refers to the Pass and Don’t Pass Line bets. The player has to make a choice between these two bets in the Come Out roll which will make all the difference between winning or losing or going through to the point phase.

This is a bet that the outcome of the roll will be the same number on both dice. For example, a bet on a Hard 8 bet will mean that both dice have to hit 4 for the player to win.

This refers to when the outcome of the dice roll is 7 or 11.

This refers to players placing Pass and Come bets.

This refers to players constantly losing when they are Betting Right at a specific Craps Table.

This refers to players constantly winning when they are Betting Right at a specific Craps Table.